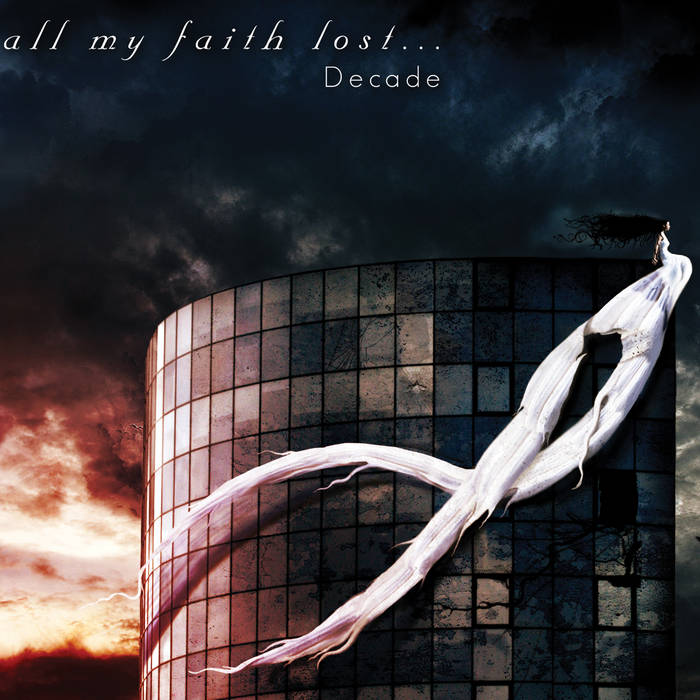 "Decade" is the NEW CD by well-know ethereal/..romantic darkwave act All My Faith Lost...! Length: 28.52, equivalent of a mini-album.

Available in digi-slim sleeve, including all new / unreleased tracks + a new, brilliant version of "Land's End" (originally available on Final Muzik's "Tal Mont De Lune" CD compilation). "Decade" has been released to celebrate the first 10 years of All My Faith Lost, featuring (as a big "thank you!") some guests and friends who have supported and helped the band during these years.

The mini-album has been officially licensed from Cold Meat Industry (thank you, Roger), and it has been remastered by Mr. Peter Andersson (Raison D'Etre). A little masterpiece of melancholy and romantic poetry, highly recommended to all fans of this amazing band!

I'm very happy and deeply honored that this 10th anniversary album wll be available through Final Muzik, after releasing "In A Sea, In A Lake..." debut CDr about eight years ago, on my old Sin Organisation label. Circles never end...

All My Faith Lost ... - Decade, a celebration of ten years of activity