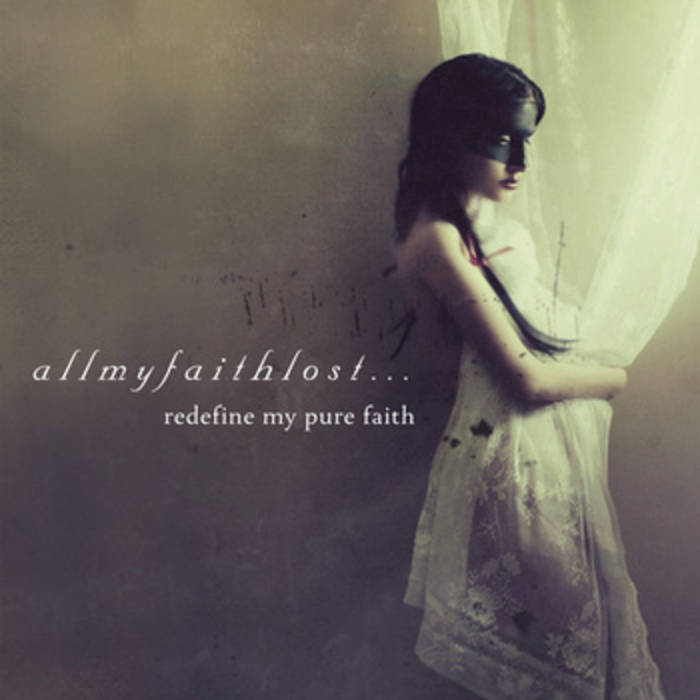 Coinciding with the vinyl release of Blacktape’s Remnants of a Deeper purity, the ethereal neo-classical All my faith lost… takes a loving look back as they re-interpret six songs in their particular style: fragile, ethereal, otherwordly, melancholic, innocent, and beautiful. The classical instrumentation of acoustic guitar, violin and cello is graced by heavenly female and earthy male vocals. Slow, emotional progressions that captivate the listener, drawing them into a subtle and hypnotic embrace.

Vocalist/instrumentalist Viola and vocalist/guitarist Federico explain, “Without Blacktape, All my faith lost… music would not have been the same; a sort of tribute to such an influential band was due. All my faith lost… take Blacktape songs and dismantle them, pulling out the heart and the core of each track and redefining them following our own vision.”

Redefine my pure faith is a unique collection of songs that will enthrall fans of both bands. It’s a perfect recording for those late night moments when you are most honest with yourself.

Are you ready to redefine your pure faith?

Cello on Redefine pure faith and The rope by Stefania Pellizzer

All songs written by Sam Rosenthal © Seireenien Music,BMI
Russia includes a motif from Prokofiev's Lieutenant kije suite
A previous mix version of The rope appeared on The rope 25